Christmas in the Philippines

Even though it’s hot, around 30°C, most Phillipinen people celebrate Christmas because of their Christianity. It’s time to celebrate with your big family, friends and Christian church community. We like do decorate with ornaments, lights and Christian figures. And since there are no real fir trees growing in the Philippines, a fake one made out of plastic must suffice.

The Christmas season in the Philippines is one of the longest in the world. Starting in September with Christmas carols and decorations and announcing the countdown of days until Christmas in TV and radio, and ending with the feast of the Epiphany in January. Especially important within that time is Simbang Gabi on the 16.12 with a series of masses in church during the nine nights before Christmas.

Of course the “Noche Buena”, as we call Christmas Eve, is fundamental because we celebrate it with a “Lechon”, Suckling pig, which is common for special occasions and usually served with rice! Also the presents will be opened at midnight of the 24th. 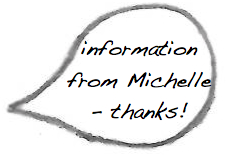