Christmas in the USA

Probably North American Christmas celebrations are the most reproduced in films, novels and TV series, but still there’s some magic and a few details worth mentioning. Despite being a multicultural country, up to 90% of United States inhabitants celebrate Christmas.

In a country as vast as a continent itself, weather is anything but uniform during this holiday period. From the sunny days and warm temperatures of Florida or California to the white, beautiful winter snow in some of the most iconic cities on Earth, such as New York. Especially popular to visit for crazy shopping on Boxing Day.

Family is gathered for dinner on Christmas eve. This usually includes big family, with aunts, uncles and cousins and grandparents in the pictures. The menu will often vary from a family to another, but roasted ham and turkey are usually a must-have for this day. Christmas cookies and hot chocolate are quite typical to this days and sweeten the night until bedtime.

On the 25th of December presents brought by Santa Claus are opened with the family by the side of the Christmas tree. Regarding this one, sizes are a matter of discussion (the bigger, the better), and it is decorated with ornaments. The exterior of the houses is also decorated with many colourful lights.

Besides the charismatic figure of Santa, who is identified with the joy and goodness, the Scrooge is a relevant character in American literature. It features in the 1843 novel A Christmas Carol, by Charles Dickens, and represents the perfect antagonist of the spirit of the holiday. The character has transcended the literature and is now a part of the culture and tradition.

Music in Christmas is a relevant element in the atmosphere for the holiday, and typical carols are played endlessly in the streets, markets and shops. Regarding movies, there is a bunch of Christmas-related films produced by Hollywood and are aired on TV during this days. It’s a wonderful life, ‘A Christmas story’ or ‘The Grinch’ could be mentioned among many other. 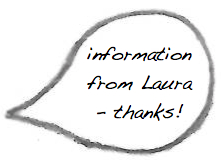